The black/electric green-canyon/purple-pure colourway was a bittersweet reminder of late Heath Ledger’s portrayal of the Clown Prince of Crime himself. And let’s be real here – Suicide Squad’s Joker was powerful, but Dark Knight’s Joker? Supremely masterful. We remember infamous lines by heart and the sardonic laughter he crafted for the role.
Not forgetting the improvised clapping scene. Yeah, THAT clapping scene.

Whether it was accidental or deliberate…..still waters run deep. And we miss him.

“Worldwide, there are approximately 1 million suicides annually. In the last 25 years, approximately 750 000 people died by suicide in the United States, and suicides outnumber homicides by at least 3 to 2.

Deaths from suicide exceeded deaths from AIDS by 200 000 in the past 20 years. Biological, psychological, social, and cultural factors all have a significant impact on the risk of suicide; however, more than 90% of suicides in the United States are associated with psychiatric illness.

The most common psychiatric illness associated with suicide is a mood disorder, and although most seek professional help within 1 month before death most are untreated at the time of death.” – The Relationship Between Antidepressant Medication Use and Rate of Suicide

At the risk of sounding tenuous – we feel that reaching out to someone can make a world of difference. A conversation may provide a channel for sufferers to release shame or just let go of uncertainty. There are things we can actually do if we just take action.

We found two writers who said it first and said it way better than us. We wanted to share it with you or anyone you know who might find this useful.

1. “The ability to create and share is a vessel for your spirit. It is a gift that has been passed down through millennia. Use it when you need it most.”
– Lawrence Yeo‘s story about The Power of Creating and Sharing in the Present Moment.

2. “Your mental struggle does not define you” – Jamie Berube shares 10 Reassuring Things Every Person with a Mental Illness Wants to Hear.

And one more thing….

Doesn’t anyone else notice the lip smacking tic in Heath’s Joker? After a little research, we discovered something called tardive dyskinesia – a side effect from prolonged use of anti-psychotic medication that causes repetitive and involuntary body movements.  Could it be a nod to the character spending a long  time battling with his own psychosis?

We’d like to believe that Heath looked mightily deep into stuff like this and went full method. Mad respect.

So, what’s on your mind? Tell us something or let’s chat. 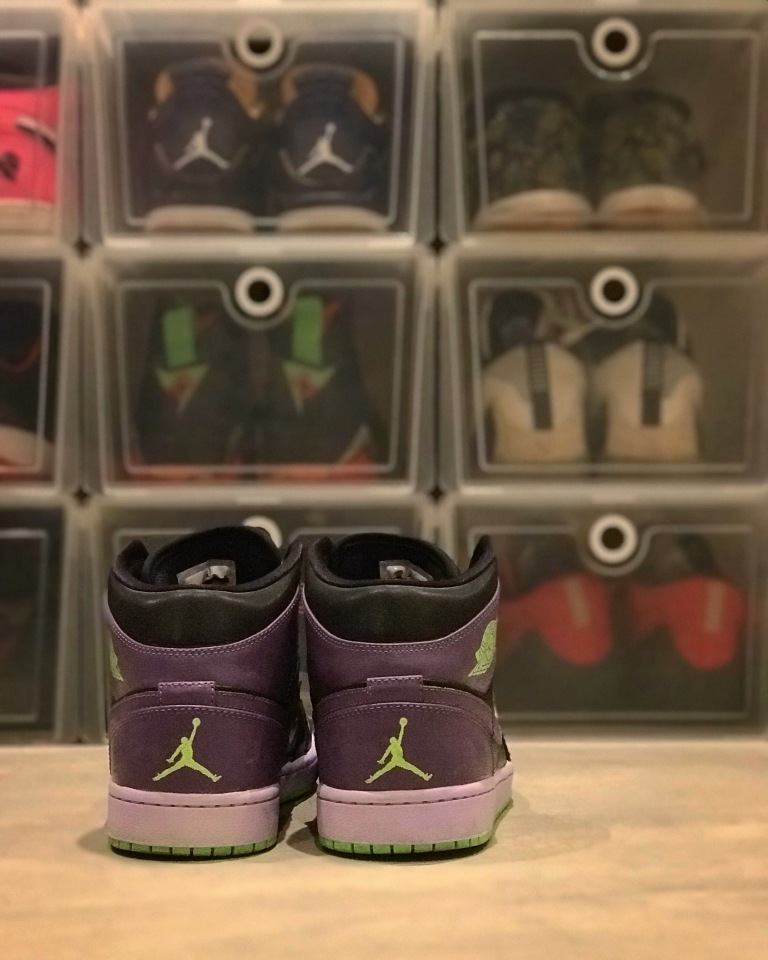 All Sole Superior event photos captured by the one and only @JuanChan. Check out his site or chat with him here: www.juanclickwonders.com.

3 thoughts on “Sole Superior x Sneakers for the Soul”